The proliferation of the social media has opened up new opportunities - not to mention potential pitfalls - for multinational companies and small businesses alike. More than two billion people (roughly a third of the world's population) are now online and social networking accounts for 22% of the time they spend online. Social media sites are popular all across the globe. They can be used for direct sales purposes but, more importantly, they open up a channel of direct communication between a company and its customers.

There are obvious linguistic barriers in place when you reach across borders but there's more to a successful international campaign than merely translating content. In its white paper on international social media marketing global communications agency Lewis PR lists some of the typical traits and differences between social media users by country. UK audiences, they claim, are extremely sceptical but often react well to humour while the French prefer social and sharing sites to blogging. Brazilians have the highest number of online friends with an average of 481 per user while Japanese have the least with just 29. These are generalizations of course but trends and tendencies can help you formulate campaigns that are much more effective than a 'one-size-fits-all' approach.

When drawing up an international social media strategy it can be helpful to make a distinction between your ongoing social media presence and individual campaigns.

Many of the winners at last year's international social media marketing awards The Bees Awards were tightly focused and targeted. MasterCard used social media geo-location to target to specifically target New Yorkers as part of its MasterCard Food Truck Feast campaign. All MasterCard users or fans had to do was like the company’s Facebook page, Tweet a hash tag reference to the event, or swipe their MasterCard in order to earn a free meal at participating eateries.

Ariel detergent is made by US giant Proctor  & Gamble but is a flagship brand in a number of markets including Europe, Japan and South America. To promote the brand in Sweden, an innovative campaign used a robotic installation located in Stockholm’s Central Station. Facebook users were invited to log in and remotely shoot 'stain guns' at a thousand designer shirts in order to 'Aim, stain and win a shirt'. The shirts were then laundered with Ariel and sent to the winners.

Some campaigns do have a truly global reach. United Colors of Benetton have never been shy of courting controversy and their 2011 Unhate campaign, which featured mock-ups of a dozen world leaders kissing and was promulgated via the social media and viral video as well as traditional print and billboard placements, got the whole world talking. Not every company has the worldwide profile or resources of Benetton however.  It's important to have a centre of gravity for any campaign, where the strategic vision is set and goals are outlined but it can make tactical sense to target specific social media campaigns at individual markets.

For your more general social media presence (including news feeds, announcements, feedback channels etc.) you first have to decide which platforms to use. Big hitters like Facebook and Twitter have established international audiences but local competitors such as Orkut (huge in Brazil and India) or VK (Russia) can also be important, depending on the target market. It's also worth bearing in mind that, with Facebook and Twitter still officially banned in China, local alternatives such as Weibo and Renren are essential for maintaining a presence there.

If the focus of your campaign is Facebook however, you'll need to decide whether to go for a single brand Page or multiple regional Pages. With a single Page you can still target updates by location, demographics and language. For many fans, most of their information will come directly from feeds but if they do visit your Page and it's full of simultaneous updates in multiple languages, this can be both confusing and off-putting. In a recent interview industry pro Stacey Kawakami recommended a “tiered approach” prioritising the countries that mattered most to the company.

“The goal is the intersection of global and local, or 'Glocal',” she says. “You want to give fans the ability to interact with a local country page where they can engage in their native language. At the same time, you want to maintain a consistent, overall brand presence through a global page.

“Starbucks does a great job of this, enabling a global brand page as their hub and associated country pages as the spokes.”

Twitter can also be a useful platform for reaching across linguistic and geographical borders but maintaining multiple accounts can help minimizes confusion with readers who don't speak all of the languages you tweet in. Dell's Direct2Dell corporate blog, for example, has Twitter feeds in English, Spanish, Norwegian, Japanese and Chinese.

South African campaign group Brothers For Life demonstrated how Twitter could be used to spread a message globally. A thousand Twitter accounts were set up on the eve of World Aids Day 2012 and tweeted hourly with messages from the perspective of an HIV positive sufferer encouraging others not to replicate their mistakes. Armies of tweeters pushed the campaign into an international trending topic and the campaign went on to win the 'Best Use of Micro-Blogging Platform' category at the 2012 Bees Awards.

About the author: Christian Arno is the founder of Lingo24, a provider of top quality Swiss translation services. Launched in 2001, Lingo24 now has over 180 employees spanning three continents and clients in over sixty countries. In the past twelve months, they have translated over forty million words for businesses in every industry sector, including the likes of MTV, World Bank and American Express. Follow Lingo24 on Twitter: @Lingo24. 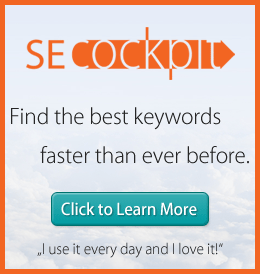